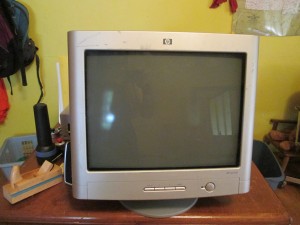 I had the pleasure to write or co-author the following publications:

Also, I am interested in writing several books. For example, one idea is a treatise on perception which addresses how young children, blind or not, do not realize that they are different. It is only when they grow older that their perceptions change because of forces that get in the way. Hopefully, this book would provide a reality check for people about what is true and distorted in our view of the world.

Another idea has to do with spacial representation which has a large visual component in which graphs and images are used to help one think. For example, in computer science networks of nodes with links between them are drawn to represent the many paths that one can take. The importance of visualization must be treated as a human right for blind people to be ready and conversant in the visualization of the world. I expect to formulate research that would prove this out including exposing blind children at an early age to all sorts of raised line images and three dimensional objects.

A final idea rests on the belief that science is revealing, not discovering. The universe is already discovered since it is created by God who has the perfectly ordered plan. This can be shown in science and computer science by viewing the incredible ordered math, algorithms, perfectly arranged systems, etc. Thus God gives us the ability to learn and experience the revealing of the existing universe. This is in stark contract to the view that humans explore the universe around them as if there was no knowledge before their discovery.